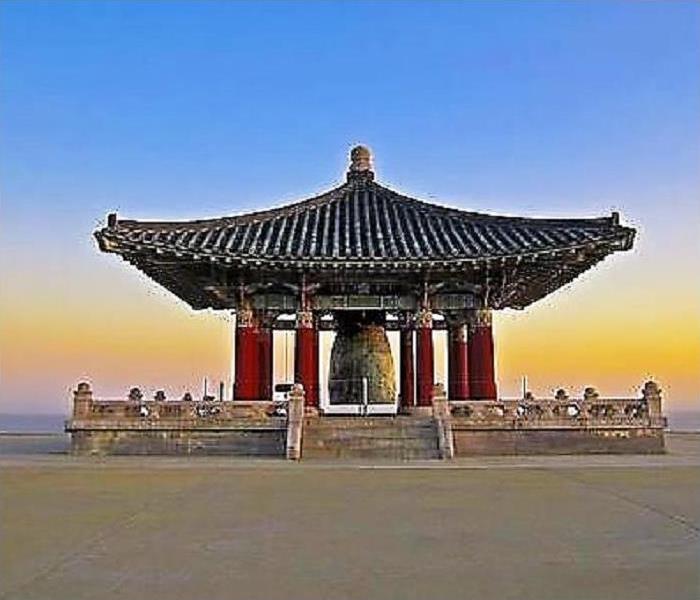 This beautiful act of friendship was a gift by the South Korean government to the United States to celebrate the bicentennial of the U.S. This is to symbolize friendship between the two countries. This was dedicated on October 3, 1976, and declared Los Angeles Historic-Cultural Monument.

Commonly know as the Korean Friendship Bell this massive bronze bell housed in a stone pavilion in Angels's Gate Park, in San Pedro neighborhood of Los Angeles, California.  Located at the corner of Gaffey and 37th Streets, the section of the park is alternatively called the "Korean-American Peace Park" and occupies part of the former Upper Reservation of Fort MacArthur.